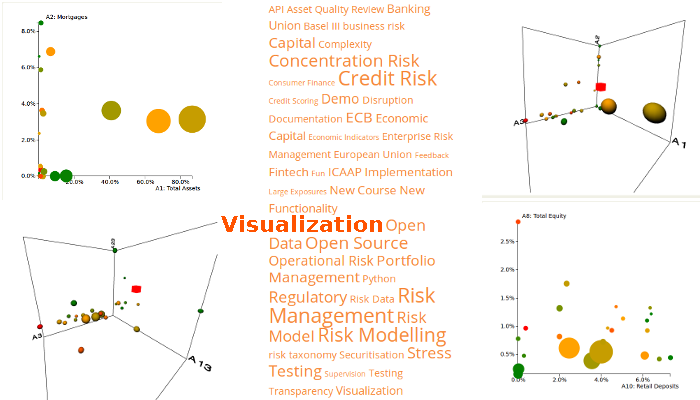 Visualizing the risk management of the future:

How do we communicate risk insights?

The information tools used by risk managers to communicate insights have been transformed multiple times over the ages. In each era we have adopted existing technologies, but we also created demand for new technologies. Our era is no exception. To understand where we are going, we need to understand where we are coming from. So lets briefly recap our industrious past before we peer briefly into the visually exciting crystal ball.

As Pythogoras would say, Πάντα κατ΄αριθμόν γίγνονται, which translated from Greek and into modern risk management means something to the effect:

show me the numbers

Numbers are powerful representations of reality. In fact keeping track of payments and balance sheets in burgeoning agricultural economies was likely the primary motivation for inventing the number system.

But human reality is complex, so even with the summarizing power of numbers you still need very many of them. Which lead us to the concept of the sprawling risk report, an early example of which we see below: 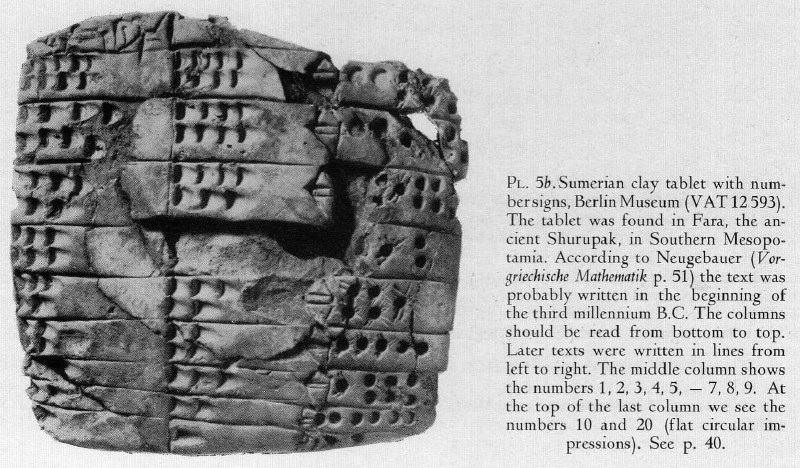 Coping with large amounts of reported numbers is so tedious, there is currently an entire sub-industry betting that a large chunk - if not all - of reality can be captured (digitized) and understood algorithmically, the so-called Artificial Intelligence program.

It may indeed be that in the future every piece of information pertaining to risk will be processed and interpreted by super-evolved silicon brains, an era of no unknown unknowns and zero risk premia.

In the meantime, us mere mortals have resorted to other tricks: We started annotating the long numerical reports with context providing words and we started visualizing the numerical information. Lets look at them in turn:

The main issue with a list of numbers is that while it might be factual, it lacks context. Hence the meaning of the report might be difficult to grasp. Context is very important for interpretation. In fact,

we can explain away any number using words

For example: Yes, yes, I know this exceeds the limit, but I had to go home and will take care of it first thing tomorrow morning.

Communicating context using words had its own glorious history of leveraging technology, starting centuries ago with the printing press. A less celebrated recent invention was the typewriter. This was a tool eminently not designed to communicate numbers, but instead to empower individuals to conduct long-winded contextual discussions. (Today the typewriter has evolved into the wordpress blog).

A good example of a typewriter at work in risk management context is this excerpt of financial regulation from circa 1993: 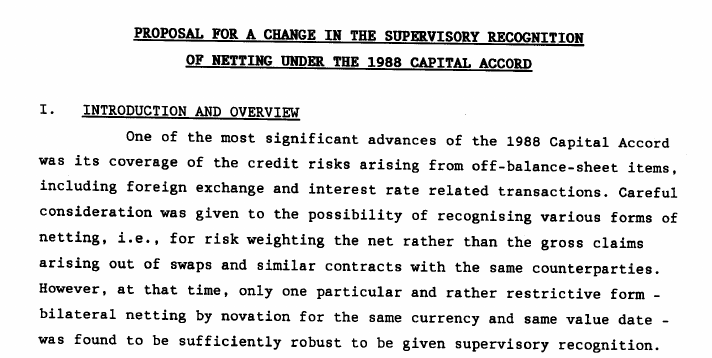 We notice here the meticulous wording: careful consideration, sufficiently robust, that creates the subtle context for a proposal that can significantly change the global financial risk management landscape (for better or worse).

There is almost no number in sight in the entire BCBS 11 document. Another thing missing entirely from BCBS 11 is any drawing or picture.

A picture is worth a thousand words, or is it?

From time immemorial people would sketch things for useful purposes, or just plain fun. After all numbers and words too are just sketched symbols. But the use of visual tools (drawings, graphs, images etc.) to assist with the transmission of information has had a tumultuous ride over the ages, often being associated with an impure, imprecise and even improper way of communication. You can trace this attitude all the way back to the biblical

Thou shalt not make unto thee any graven image

This conflict did not contain itself just within religious debates. For example, Joseph-Louis Lagrange, one of the great mathematicians of the 18th century was bragging in the introduction of his most important work (Analytical Mechanics): on ne trouvera point de figures dans cet ouvrage (no visuals in this work, just algebraic operations).

But purists aside, people would always try to use visualization to good effect. For example the ever pragmatic Newton had no such quasi-religious qualms: 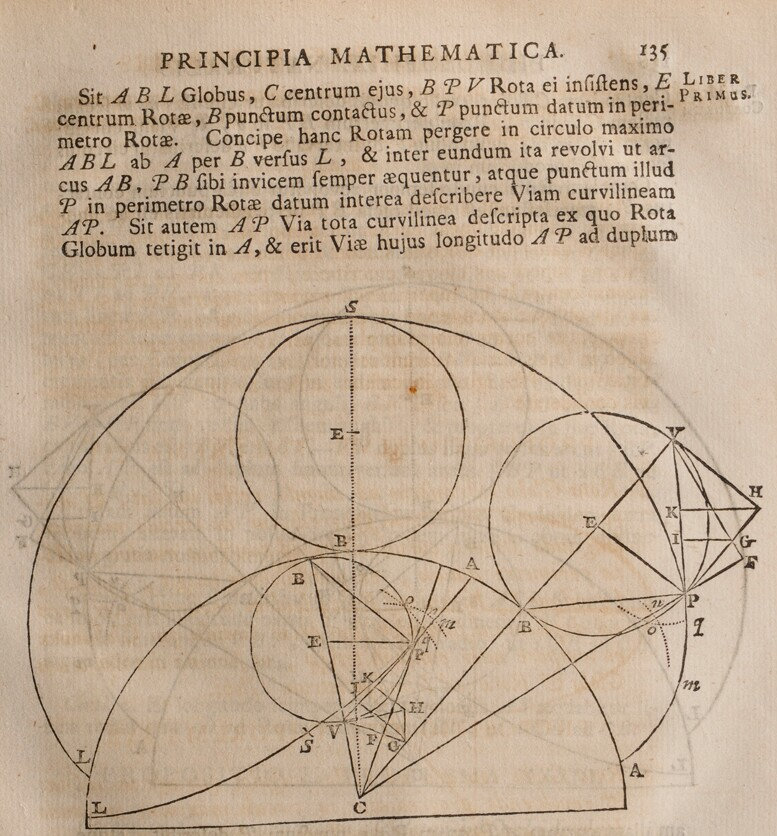 In the above example, you may not be able to read and understand a single word from the Latin context, but you can surely grasp from the drawing that the discussion is about properties of things that are circular.

The real problem with visualization is that it is not easy to produce.

Laying down words and numbers is relatively easy (obviously you need to be literate and number-literate respectively), but visualization is nowhere close to being equally accessible. Or at least it was not, until relatively recently.

Visualization in the early-digital (Microsoft) era

The nineties saw the integration and provision of all three major information communication channels (numbers, words, images) in the venerable Microsoft Office suite (excel, word, powerpoint). It is no exaggeration to say that these tools have shaped the thought patterns and behavior behind much of economic life during that period.

For example, the tabular representation of data has become ubiquitous:

Similarly, the extraction of insights via histograms, trend lines and other simple graphical representations: 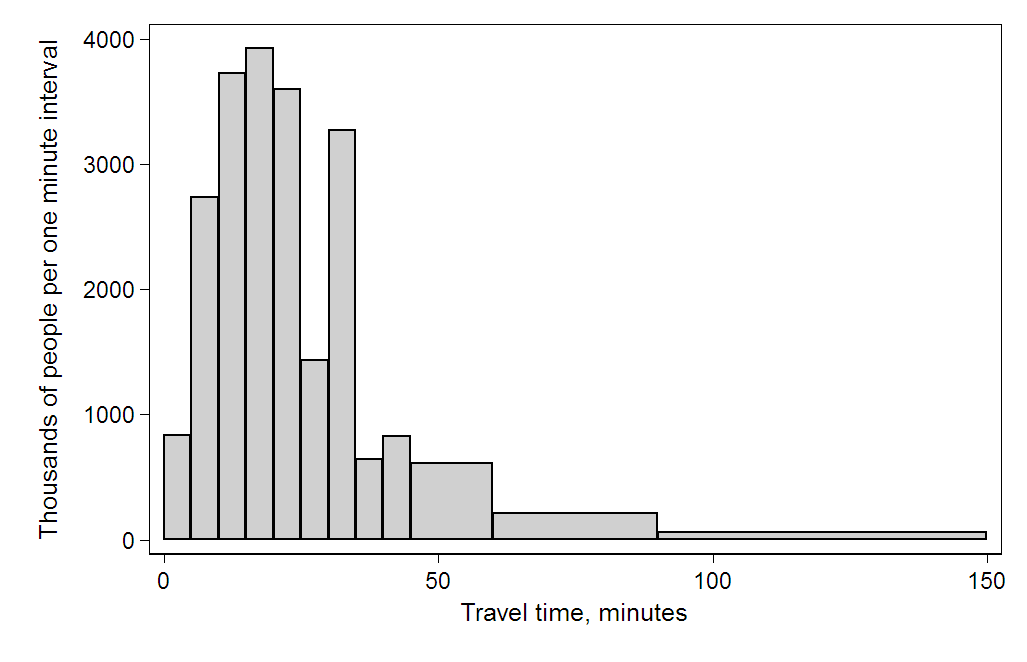 Of particular significance for risk management, the graphical representation of an outcomes distribution as a histogram (the PnL or loss distribution) has become the quintessential image of risk measurement. Digital tools will completely change how we transmit information

Currently the processing and provision of information is undergoing a renaissance along multiple fronts. For the purposes of this piece we focus on the dissemination of data driven insights, and here we see the following important directions:

In practice the above developments lead us to entirely new workflows that promise increased insights and (ceteris paribus) better risk management. Take for example the recent release by the DNB (Dutch Central Bank) of an aggregate data set capturing some vital numbers about Dutch banks.

The data start their life as a classic sheet. It must be opened with desktop software (e.g. Libreoffice). Already at this stage good amounts of information can be extracted from the numbers by sorting the tables, looking at ranks and distributions etc. We can even look at correlations (2D graphics). 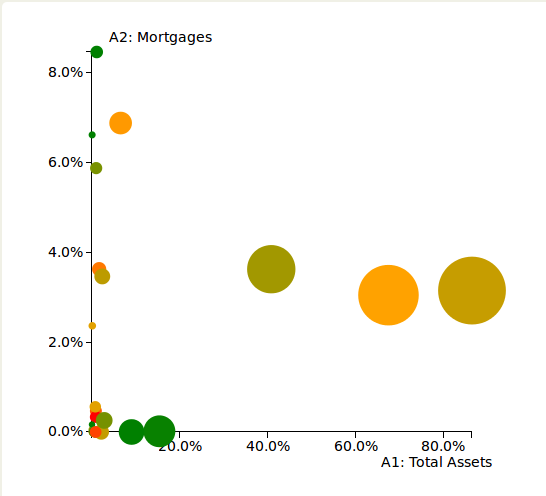 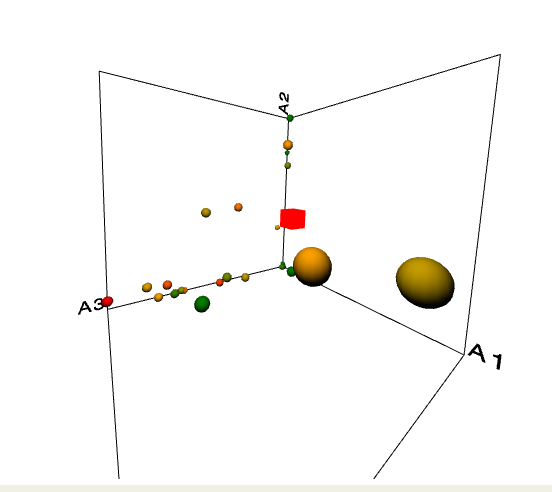 In these examples, the new functionality is restricted to simply selecting through the desired entities and variables. But the possibilities are actually endless!

Are you interested to explore how the Open Risk Dashboard can help you with tools for analyzing and communicating risk information? Just let us know!