There is a legend that every time a data set is released into the open, somewhere dies a black swan 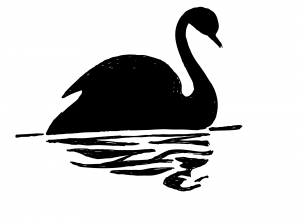 The Promise of Open Risk Data:

Well, it is not a true legend. Legends take centuries of oral storytelling to form. In our frantic age, dominated by the daily news cycle and viral twitter storms, legends have been replaced by the rather more short-lived memes and #hashtags.

The whole informal theory of black swans concerns improbable events (low likelihood events) that come as a nasty surprise and have large impact. The concept took the world by storm after the financial crisis and there are certainly more than a few nuggets of truth in it. Yet in terms of capturing the factors behind recurrent risk management disasters, black swan theory might be less relevant for many of the most typical financial / economy related events.

There are always irreducible, unknown-unknowns that can hit the financial system with a-priory unknown probabilities and impact. But a much more actionable issue is, much more often than not, the knowable-but-unknown unknowns.

Knowable but not known

When a risk factor is knowable but not actually known, it means the risk was potentially preventable with the right information. For example:

People, intentionally or unintentionally, hide, falsify or ignore, information produced by other people

Understandably it is more comforting to invoke mysterious black swans to explain information management failure and this has been part of the allure of the black swan meme. But the more appropriate label for these recurring financial accidents would be

“black swans of our own design”

Yet just as easily as the creation of black boxes increases the possibility of manufactured black swans, so does the production and/or dissemination (opening up) of relevant information reduce the likelihood of painful, self-inflicted, surprises. You can almost picture information as a potent solvent that turns black swans into white: 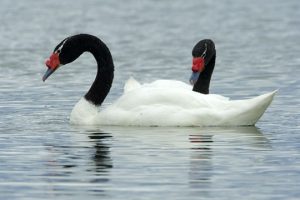 Now obviously not all information can be open! But between the extreme boundaries of full transparency and disclosure on the one hand and information trickling out only on a need-to-know basis on the other, lies a Goldilocks regime of fewer manufactured black swans.

It is entirely our collective choice where to balance the closed versus open information scale, and thus how many black swans to nurture

Interested in the Open Risk Data concept? Check out the latest collection of relevant data sets in the Risk Manual